The Words Into Matter Project
(A Proposal) 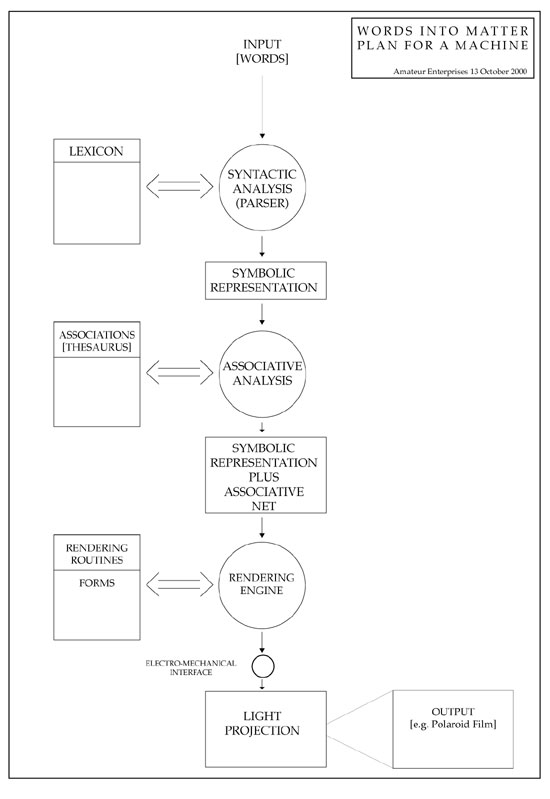 It is proposed that when a literary object is constructed and subsequently communicated it creates an equivalent idea form. This form may be thought of as an equivalent of Plato’s ideal: an ideal form of which the literary object is merely a shadow (read, ‘incomplete or impoverished projection’.) Subconcious awareness of these forms might lead to the phenonemon we call numinosity.

If these meta-forms exist then we should be able to record evidence of them. To this end The Words Into Matter Project was initiated. Ultimately, its prime objective will be to create a machine (a real machine) capable of turning words into matter. Initially, however, the output of the first machine will be in the form of recordings.

An earlier project had been the construction of the software engine behind The Configurable Catalogue of Objects (a truncated implementation using the engine.) Now, that engine performed our present task in reverse and it was the results of the Configurable Catalogue experiment that has led directly to The Words Into Matter Project. The engine behind The Words Into Matter Project (hence refered to as The Word/Matter Engine) will consist of a number of modules dealing with: the functions of parsing words; interpretation; construction of symbolic representations and a rendering engine. The machine will also require large amounts (in a final version, at least) of knowledge (declarative and procedural.) The engine must also be able to learn – to expand its knowledge. The machine will be fallible. Not only because it is designed and built by humans but because that would seem to be an important function of such a machine – to be able to get things wrong.

The rendering engine will have to be able to interpret symbolic representations of objects. From these interpretations it will have to construct an internal model of the object and then, ultimately, to build it in 3 dimensions (real, not virtual.) Immediately, this suggests a problem: these internal constructs are likely to be multi-dimensional. How to make actual objects from such models is not yet clear. However, as already mentioned, the first objective of The Words Into Matter Project is to be able to show that these ideal forms even exist. To this end there is something we can do and something that may point the way forward towards creation of real objects – capture traces of these multi-dimensional forms. This might work something like a cloud- or particle- chamber. 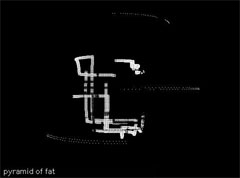 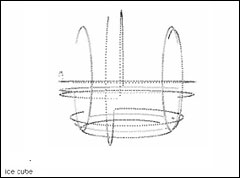 This rendering engine by no means answers all the questions about how the machine will work, but it does show how projections of models of forms can be captured onto a 2-dimensional surface. The model does not yet include materials but we have already started building in the concept of relationships to it. The renderer does incorporate a method by which the models can be modulated through the written word. That is not to say that any semantic interpetation has taken place. That task lies ahead.